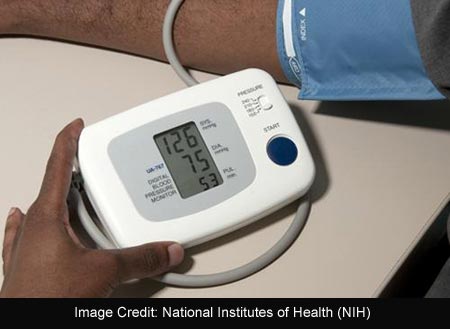 A team of experts from the National Institutes of Health (NIH) were believed to have discovered five genetic variants linked to blood pressure in African-Americans. The findings seem to present novel signs in order to treat and prevent hypertension. This novel analysis called as a genome-wide association study was the foremost one to have focused on blood pressure and hypertension in the African-American population.

Hypertension is known to trigger severe conditions, like heart disease, stroke and kidney disease. Supposedly, diet, physical activity and obesity all add to the risk of high blood pressure. However scientists claimed that genetics could also play a significant role.

It was estimated that nearly one-third of U.S. adults experience hypertension. However, the situation appears grim in the African-American community, where the condition seems to affect 39 percent of men and 43 percent of women.

“This work underscores the value of using genomic tools to untangle the complex genetic factors that influence the risk for hypertension and other common diseases. We hope these findings eventually will translate into better ways of helping the millions of African-Americans at risk for hypertension, as well as improved treatment options for other populations,” mentioned Eric Green, M.D., Ph.D., scientific director for the National Human Genome Research Institute (NHGRI), part of NIH.

In order to obtain their findings, experts were noted to have examined DNA samples from 1,017 participants in the Howard University Family Study. This is a multigenerational study of families from the Washington, D.C., metropolitan area who recognized themselves as African-American. Nearly half of the volunteers had hypertension in comparison to the other half.

Experts were believed to have scanned the volunteers’ DNA, or genomes, in order to check if there were any genetic differences between the two groups. They analyzed more than 800,000 genetic indicators identified as single-nucleotide polymorphisms (SNPs).

Senior author, Charles Rotimi, Ph.D., NHGRI senior investigator and director of the trans-NIH Center for Research on Genomics and Global Health (CRGGH) stated that, “This is the first genome-wide association study for hypertension and blood pressure solely focused on a population with majority African ancestry. Although the effect of each individual genetic variant was modest, our findings extend the scope of what is known generally about the genetics of human hypertension.”

They seemed to have strategically recognized the preferred indicators of genetic variation. Also, if the disease condition varies for individuals with certain genetic variants, this signifies that something in that chromosomal area likely influences the disease. Supposedly, variants detected through this approach could accurately point to the concerned region of the genome involved, however it may not directly influence the trait.

In recent times, two most important international studies were noted to have used the genome-wide association approach. This was done in order to recognize 13 genetic variants related with blood pressure and hypertension in people with mainly European and South Asian origin. While each variant was associated with only a small increase in blood pressure, the study findings revealed that an individual who had more variants seemed to have greater risk of hypertension. The two genes were also associated with blood pressure which was identified by one of those studies.

Since previous times, calcium channel blockers, an existing class of anti-hypertension drug, targets one of the genes called CACNA1H. However, additional genes may perhaps point to innovative possibilities for treatment and prevention.

“The Western African population is of particular significance since it is the ancestral population of many African-Americans,” says lead author Adebowale Adeyemo, M.D., CRGGH staff scientist.

This study was believed to have been carried out by NHGRI scientists along with scientists from the Coriell Institute for Medical Research in Camden, N.J.; Boston University; and Howard University, in Washington, D.C.

The findings have been recently published in the online issue of PLoS Genetics.