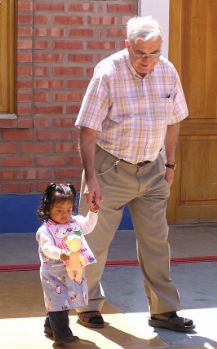 According to a recent study conducted, children who are fathered by men at age of 40 and above, have a higher risk of developing autism, a chronic developmental disorder usually diagnosed between 18 and 30 months of age. This could be probably because of mutations or other genetic alterations.

The study “provides the first convincing evidence that advanced paternal age is a risk factor for autism spectrum disorder,” said the authors from Mount Sinai School of Medicine, New York, and the Institute of Psychiatry, King’s College London.

The conclusion was drawn through a study in which thousands of children born in Israel during the 1980s were involved. All males and three-fourths of the females born in the time period involved were checked by Israeli draft officials at age 17 and any psychiatric disorders were recorded.

The study published in the Archives of General Psychiatry said, “Offspring of men 40 years or older were 5.75 times more likely to have (autism disorders) compared with offspring of men younger than 30 years.”

Children with autism have problems with social interaction, communication, imagination and behavior. Autistic traits persist into adulthood, but vary in severity. Some adults with autism function well, earning college degrees and living independently. Others never develop the skills of daily living, and may be incorrectly diagnosed with a variety of psychiatric illnesses. Autism can cause symptoms ranging from social isolation to repetitive and damaging behaviors and sometimes mental retardation.

The problem has become increasingly common, affecting 50 in every 10,000 children in the United States, in part due to greater awareness and changes in diagnoses, the study said.

The report said several genetic mechanisms might be behind the paternal age association found, including spontaneous mutations in sperm-producing cells.