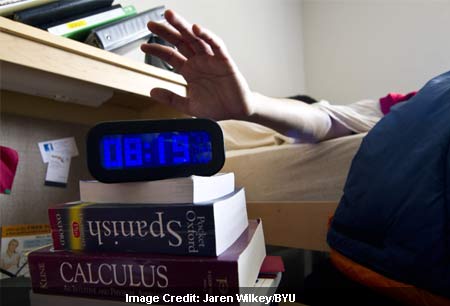 As per federal guidelines, 9 hours of sleep are prescribed for high school students. Sleeping for 2 hours less than the recommended 9 hours could lead to better academic grades in school, cited a team from the Brigham Young University. (BYU)

For the study, the team inspected data from nearly 1,724 primary and secondary school students in the age-group of 16 to 18. According to the observations, an apparent link between the number of hours spent sleeping and academic results was established. Students who slept for 7 hours before a test seemingly performed better than those sleeping for 9 hours. 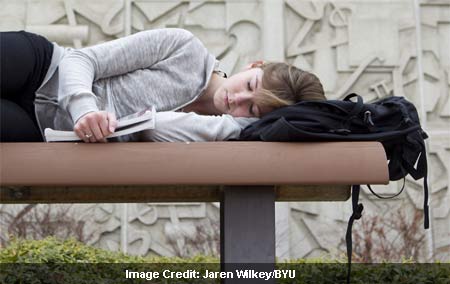 According to the investigators, the present guidelines advice students to sleep till they are completely satisfied. Too much sleep cannot be considered positive always, they added. Optimum amount of sleep seemingly decreases with growing age. The report stated 9 to 9.5 hours of sleep for children aged 10 years, and 8 to 8.5 hours for 12-year-old kids. As for teens aged 16, the optimal number of sleeping hours ought to be 7.

“If you used that same approach for a guideline on how much people should eat, you would put them in a well-stocked pantry and just watch how much they ate until they felt satisfied. Somehow that doesn’t seem right,” specified BYU economics professor Mark Showalter.

The team, however mentioned that the findings do not support sleep deprivation in any way. They show that 7 hours of sleep could be regarded as sufficient for kids aged between 16 and 18. Also, an 80-minute shift towards the optimum number of sleeping hours may be related to the kids’ parents finishing another year of school life.

The study is published in the Eastern Economics Journal.