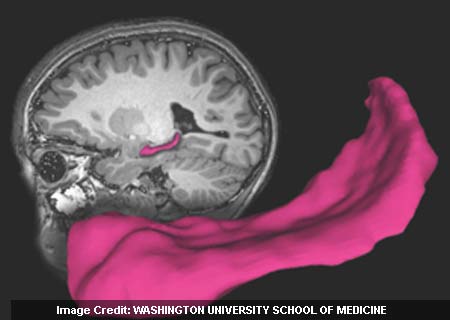 Very often we find mental health complications traced back to the childhood and parental interactions of patients. Well, scientists from the Washington University School of Medicine have revealed that school going children who were loved and nurtured by their mothers at initial stages of life seemingly manifested larger hippocampus in the brains.

The aforesaid portion of the brain holds the key to learning, memory and responsiveness to stress. In the first part of the study, children aged between 7 and 10 years were closely monitored, while they were with their mothers. The mother and child pairs were exposed to a scenario where the child had to wait for opening an interesting gift, while the mother had to perform a task.

When these children underwent scans, it was found that kids without depression who were nurtured by their mothers early in life seemingly possessed 10% larger hippocampus than kids whose mothers were not adequately caring.

“For years studies have underscored the importance of an early, nurturing environment for good, healthy outcomes for children. But most of those studies have looked at psychosocial factors or school performance,” commented lead author Joan L. Luby, MD, professor of child psychiatry.

Considering that the hippocampus plays a primary role in the process of responding to stressful events, these findings could help in evaluating depressive episodes among children. Larger volumes of the hippocampus may also be linked to improved academic performance along with other benefits related to learning and memory.

The effects of nurturing are not confined to just biological mothers, the scientists asserted. They are the same for any primary guardian such as father, grandparent or adoptive caretaker. The study is published in the journal, Proceedings of the National Academy of Sciences Early Edition.