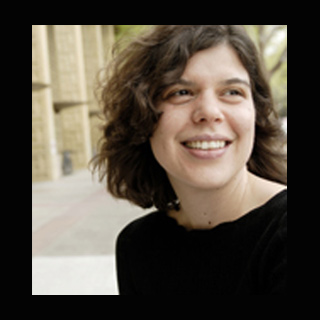 According to scientists from the Stanford University School of Medicine, a gene associated with longevity in roundworms and humans may possibly affect the function of stem cells that generate new neurons in the adult brain. Also, this study in mice suggests that the gene could play a crucial role in maintaining cognitive function during aging.

Unlike our skin or intestine, our adult brain apparently does not make a lot of new cells. However, those it does seem to be critical to learning, memory and spatial awareness. In order to meet these demands, our brain is known to maintain two small caches of neural stem cells which can both self-renew and increase neurons and other cells recognized as oligodendrocytes and astrocytes.

Moreover, properly balancing these functions could perhaps allow one to generate new nerve cells as required and at the same time maintain a robust neural stem cell pool. The study claimed that as mice and other organisms age, the pool of neural stem cells in the brain seems to shrink and less new neurons are generated. Supposedly, these natural changes correlate with the gradual loss of cognitive ability and sensory functions that take place as one approach the end of their lives. However, the life span of some laboratory animals may be artificially extended by mutating genes involved in metabolism. Furthermore, some humans seem to outlive their life expectancy i.e. about 70 years for someone born in 1960 by decades. Brunet and her colleagues wanted to know the reason why this happens.

“It’s intriguing to think that genes that regulate life span in invertebrates may have evolved to control stem cell pools in mammals,” says senior author of the study, Anne Brunet, PhD, assistant professor of genetics.

For the purpose of the study, the experts were believed to have examined a family of transcription factors called FoxO known to be involved in proliferation, differentiation and programmed cell death. FoxO genes appear to be required for the extreme longevity seen in some strains of laboratory roundworms. Additionally, a single mutation in the FoxO3 gene seems to have of late been associated with long life in Japanese, German, American and Italian inhabitants.

“We wanted to know if FoxO3 could be involved in regulating the pool of neural stem cells,” says Brunet.

In order to do so, the researchers further were noted to have analyzed laboratory mice in which the FoxO3 gene was knocked out. Though mice may be able to survive without FoxO3, such mice generally appear to die from cancer between 12 and 18 months after birth. It was observed that the normal life span of a laboratory mouse is about 30 months.

Brunet along with her colleagues used mice of three different ages, both with and without the gene namely 1-day-old newborns, 3-month-old young adult and 1-year-old middle age.

They found that, in general, adult and middle-aged mice without FoxO3 seemed to have fewer neural stem cells as compared to age-matched mice with this regulatory protein. Also, there appeared to be no considerable differences between the newborn mice with and without FoxO3, thereby suggesting that FoxO3 loss only affects adults.

The authors also discovered that the few stem cells found in the adult mice without FoxO3 more quickly may have churned out neural cell precursors in contrast to those mice with normal FoxO3 levels. Neural cell precursors are known to be those cells destined to become new neurons. In fact, the brains of the mice that lacked FoxO3 appear to have been heavier as compared to the control group, perhaps because they were burning through their pool of neural stem cells by making too many new nerve cells.

Further, the scientists appear to have looked at the neural stem cell in a laboratory dish. They found that those from young and middle-aged adult mice lacking FoxO3, but not those from newborn mice seemed to be compromised in their ability to self-renew and to generate the three types of nerve cells.

Allegedly, additional investigation encouraged their findings when they discovered that the FoxO3 protein regulates the expression of genes involved in quiescence and differentiation in cells.

“We suspect that indeed there will be some changes. But they will be relatively subtle. We know that the level of FoxO3 doesn’t vary drastically, but it’s possible the protein becomes less active over a mouse’s life span. Or perhaps it simply becomes overwhelmed by the accumulated molecular changes of aging.” he adds.

Although the authors studied mice of varying ages, from birth to about one year, Brunet stressed that their existing study does not tackle changes that may possibly occur in FoxO3 levels or activity over time. However, presently, they appear to be pursuing this technically difficult venture.

The study authors were of the opinion that FoxO3 could possibly be required for the stem cells to re-enter a waiting state called quiescence that normally occurs after dividing. In addition, cells that are unable to enter quiescence may be less able to self-renew and possibly will lose their ability to become any of the three nerve cell types. Simultaneously, the study findings suggest that FoxO3 appears to be essential in regulating the pool of neural stem cells in the adult brain.

Brunet and her colleagues, along with collaborators at the University of Arkansas, are believed to be working on creating a mouse in which FoxO3 levels could be artificially elevated. They anticipate that if their theory about the function of the protein in the brain is right, it may be possible that the neural stem cell pools of these mice will be protected from the ravages of time.

The findings of the study have been published in the journal, Cell Stem Cell.