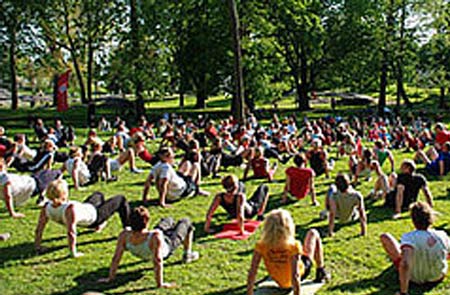 Engaging in physical activity is known to improve blood circulation in the body, which contributes to better health. As per this analysis by scientists at Penn State, individuals who were physically active reported of encountering higher levels of motivation and excitement, as compared to those who did not engage in physical activities.

The team instructed nearly 190 students to keep a track of their daily routines including their stress levels and mental health in a diary. They were informed to report the intensity of their physical activities as vigorous, mild or moderate. This study was conducted for a span of 8 days, after which the dairies were returned to the investigators.

“When people set New Year’s resolutions, they set them up to include the entire upcoming year, but that can be really overwhelming. Taking it one day at a time and savoring that feel-good effect at the end of the day might be one step to break it down and get those daily rewards for activity. Doing this could help people be a little more encouraged to stay active and keep up the program they started,” commented David Conroy, professor of kinesiology.

According to the results of the trial, people who were more active physically appeared to experience higher levels of positive emotions like excitement and enthusiasm, relative to volunteers who were less active.The team believed that physical exertion led to pleasant-activated feelings in the participants.

The findings could explain why physical activities may help in combating depression and not anxiety. Individuals suffering from anxiety issues are already in a highly activated state and may have to reduce excitement. Further studies to gauge the effect of exercises on mental health are underway.

The study is published in the Journal of Sport and Exercise Psychology.