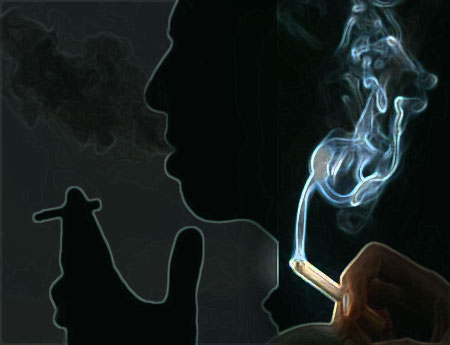 Though there are many effects of smoking, cancer seems to be the most highlighted of all. However, scientists at the University College London have revealed that smoking may lead to cognitive decline at early old age.

Initial studies have talked about the link between smoking and brain abnormalities. In this trial, nearly 5099 males and 2137 females aged 56 on an average, were exposed to cognitive assessments. The first evaluation was undertaken from 1997 to 1999 and was followed up subsequently in 2002 and 2007.

The analysis included tests that gauged memory, speech, vocabulary and executive function. A global cognitive score was assigned to every participant after the conclusion of the tests. Smoking instances were closely monitored throughout the study period. A set of linear mixed models was accessed to comprehend the link between smoking history and cognitive decline encountered in a 10-year time frame. The points provided to participants were called z scores.

As per the outcomes, faster cognitive decline seemed to occur more among present smokers, as compared to those who never smoked. In case of individuals who quit the habit some time back, the rate of executive function was apparently low. Those who had given up smoking long time ago seemed to experience the same rate of cognitive health as non-smoking counterparts.

When other factors like education and mortality were included, the differences increased by 1.2 to 1.5 points. With regards to women, there was not much variation seen in the rate of cognitive decline based on smoking status.The team concluded that middle-aged male smokers seemingly encountered faster cognitive decline, relative to non-smokers. Participants who did not indulge in smoking since the last 10 years presumably did not experience cognitive decline.

The study is published in the journal, Archives of General Psychiatry.