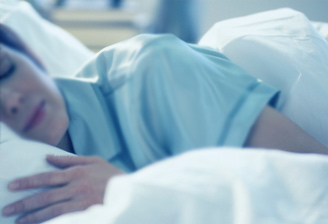 Two new studies have suggested that getting the right amount of sleep could help to prevent diabetes and even delay death. The “right” amount of sleep would amount to around seven to eight hours on a regular basis.

The study was conducted by researchers from the University College Medical School in London and involved 10,300 British government workers between the ages of 35 to 55 years. They were tracked for a period of 12-17 years.

To sum it up, the death rate was higher for these groups:

The researchers also say that factors like age, smoking and Body Mass Index did not really explain the results and they concluded that consistently sleeping 7-8 hours per night is the best for one’s health.

The American Academy of Sleep Medicine has also said that in order to get a good nights sleep people should follow a consistent bedtime routine, establish a relaxing setting at bedtime, avoid drinks or food that contain caffeine, as well as any medicine that has a stimulant before bedtime that is.

The AASM also advises against going to bed hungry, but at the same time avoiding a big meal before bedtime, as well as any rigorous exercise within six hours of bedtime. The bedroom should also be quiet, dark and cool and people should generally wake up at the same time every morning, they say.

The findings of this British study are also supported by research from the US which also found that sleeping too much or too little may make diabetes more likely.