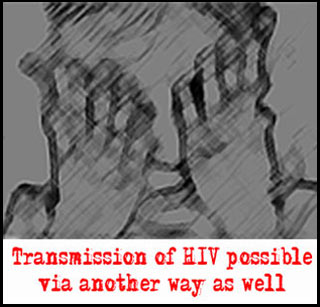 Compelling evidence is believed to have been gained suggesting that HIV can possibly also be transmitted through pre-chewed food from an infected mother or care-giver to the child. This astounding revelation was made by a team of experts led by Aditya Gaur, MD, from St. Jude Children’s Research Hospital.

These findings have evidently laid emphasis on the importance of warning HIV-infected people against giving children pre-chewed food. The source of HIV in the pre-chewed food was believed to be the infected blood present in the saliva of the HIV-infected person who had pre-chewed the food before feeding it to the child.

Such cases of HIV transmission apparently suggest the inclusion of questions regarding pre-chewing food in the health screening of infant caregivers, who may be HIV-infected or are suspected of being infected. Apart from this, even public health agencies are suggested to be provided with reports regarding such transmission, so as to increase awareness of the prevalence of these types of transmissions.

Gaur says that feeding children with pre-chewed food may transmit infections like streptococcus and hepatitis B virus. However, it was also stated that, before the discovery of these cases there didn’t seem to be any evidence indicating that this disease can also be transmitted in such a way. Seemingly, the source of infected blood in the saliva of the person that was pre-chewing the food for the infant may have been due to bleeding from their gum or other part of the mouth.

Following this analysis, the experts are supposedly awaiting the results of surveys that are presently been conducted in order to verify the extent of infant feeding through pre-chewed food. However, it was also pointed out that these findings don’t warrant a blanket recommendation against pre-chewed food for infants.

These findings have been published in August 2009 issue of the journal Pediatrics.