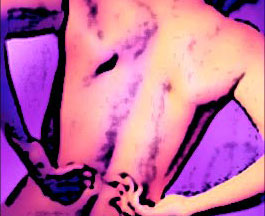 This may sound chauvinistic to all you women, but research proves that the so called ‘weaker gender’ experiences more pain than their male counterparts. Women have always been considered to be more sensitive of the two genders for years on end. Now we have research to prove this much known fact. The new study suggests that women are biologically fabricated to experience more pain than men.

A study conducted by an international team reveals that it is a natural assumption that women are supposed to be emotionally and physically stronger than men as they cope with childbirth, but the opposite is in fact true. Women endure much more recurrent and severe pain for a longer duration in the entire course of their lifetime in comparison to men.

“Most doctors and nurses are unaware of these differences that have life-threatening consequences for women.” commented Dr Beverly Collett of Chronic Pain Policy Coalition in Britain.

“Chronic pain affects a higher proportion of women than men, but unfortunately they are also less likely to receive treatment compared to men due to various cultural, economic and political barriers.” mentioned Dr Troels Jensen, the association’s president.

An interesting discovery is also that women actually feel pain in different ways than men. With the same conditions women show different symptoms and have a lower likelihood of receiving the appropriate treatment to cure it. This is primarily because most drugs are trailed on men and are found to be less effective on women.

At a conference for the International Association for the Study of Pain, researchers claim that women are more prone to an array of painful conditions because of varying hormones, central nervous system and body composition. Pain experienced by women is generally more and recurs throughout their life. Women don’t have a higher pain threshold than men as often assumed.

Surprisingly a majority of doctors are ignorant to the genetic, biological and hormonal differences that contribute to the way women feel pain. Researchers additionally revealed that many doctors fail to take women patients as seriously as men. In spite of the ineffectiveness of certain drugs, women are given a psychiatric diagnosis. Though depression may accompany pain it is rarely a cause.

Women are commonly found to suffer from long-term conditions like migraines, irritable bowel syndrome, arthritis, fibromylagia and much more.

Experts suggest that a better understanding of gender differences in pain among health professionals could help save millions of lives. They adhere that chronic pain among women should be recognized as a disease in its own right.