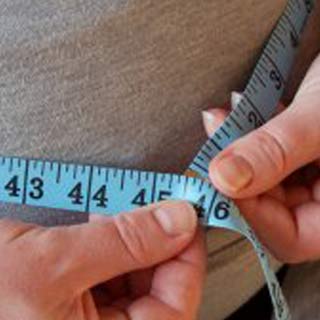 Human body comprises a protein called GPR120 that functions as a dietary fat sensor. Researchers at Imperial College London assert that defects in the dietary fat sensor could be the cause of obesity and liver disease in people.

The protein GPR120 apparently distinguishes between healthy and unhealthy fatty acids in the body. In a set of mice, the team found that animals which were deficient in GPR120 seemed to be more susceptible to obesity. Along similar lines, individuals possessing a specific mutation in the gene encrypting the protein also appeared to develop obesity. The mutation made the proteins non-responsive to omega-3 fatty acids.

“Being overweight is not always unhealthy if you can make more fat cells to store fat. Some people seem to be unable to do this, and instead they deposit fat around their internal organs, which is very unhealthy. Our study suggests that in both mice and humans, defects in GPR120 combined with a high-fat diet greatly increase the risk of this unhealthy pattern of obesity. We think GPR120 could be a useful target for new drugs to treat obesity and liver diseases,” commented Professor Philippe Froguel, from the School of Public Health at Imperial College London.

When unsaturated fatty acids are fed into the gut, certain hormones are released due to the GPR120 protein. These hormones are responsible for the repression of appetite and they also cause secretion of insulin by the pancreas. When fat cells comprehend the presence of high amounts of fat in the blood, this protein stimulates them to generate more fat cells for storage of all the lipid. This seemingly reduces the risk of developing fatty liver disease or furring of the arteries. Importantly, the process plays an important role in reaping the benefits of omega-3s.

The team concluded that a high-fat diet coupled with deficiency in the protein GPR120 may increase a person’s risk of being obese by 60%. This report is published in the journal, Nature.