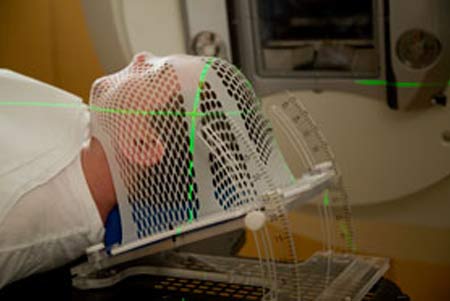 Patients suffering from brain cancer are generally exposed to radiation therapies for treatment. According to scientists at the University of Otago, brain cells could become more reactive to radiation therapy if they are nourished with high amounts of vitamin C.

The team found in animal models and humans that high dose of vitamin C administered intravenously seemingly damaged and killed the DNA of cancerous cells. Notably, the ambient cells did not appear to be affected in the process.

There is an ongoing debate whether vitamin C could be used for the treatment of brain cancer. The analysts found that high proportions of vitamin C delivered prior to radiation therapy may be effective in pushing cancer cells to death. The cancer cells used in this research were separated from glioblastoma multiforme (GBM) brain tumours.

Essentially, high dose of vitamin C seemed to produce invasive free radicals in the tumor locations. Such harmful radicals did not get formed in areas where healthy cells resided. These aggressive radicals harmed the DNA of cancer cells, thereby causing their death. However, for the destruction of cancer cells’ DNA, vitamin C is required in large proportions. Such high doses can only be attained if vitamin C is administered to patients via intravenous injections.

However, the team asserted that the findings need further validation in clinical trials. If the results are positive, patients suffering from radiation-resistant cancers like glioblastoma multiforme may be exposed to a combination of radiation therapy and high dose of vitamin C.

The research is published in the journal, Free Radical Biology and Medicine.