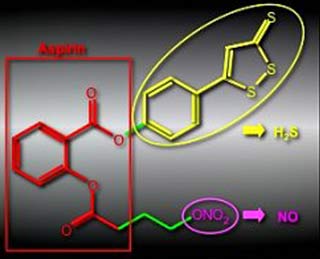 Headache? Pop an aspirin. Considering the rate at which this phrase is used, this report may sound noteworthy. Professionals at the City College of New York have developed a new aspirin compound that could serve as a cancer-fighter apart from the possibility of it being safer than regular pills.

In a set of mice, this compound called the NOSH-aspirin seemed to inhibit growth of colon cancer cells by pushing the cancerous cells to death. Apparently, there were no side-effects of this hybrid and its effect was more promising than the regular aspirin.

“The hybrid is more potent – and it is more potent by orders of magnitude – compared to aspirin. Only 24 hours after treating a culture of cancer cells, the NOSH-aspirin demonstrated 100,000 times greater potency than aspirin alone. At 72 hours it is about 250,000 times more potent in an in-vitro cell culture against human colon cancer. So you need a lower amount to get the same result,” cited Professor Khosrow Kashfi, the principal investigator.

In this trial, the drug showed its beneficial effect with respect to 11 distinct cancers namely leukemia, colon, pancreatic, breast, lung, and prostate. Professionals believed the drug to be highly potent with minimal toxicity to ambient cells.

However, this research had been carried out in live animals and investigators are aiming for a similar outcome in clinical tests. If the results are affirmed, this hybrid could be used in combination with other medications to shrink tumors prior to surgery or chemotherapy.

The report is published in the journal, ACS Medicinal Chemistry Letters.

Many hits and not 1 huge blow may cause concussions in...