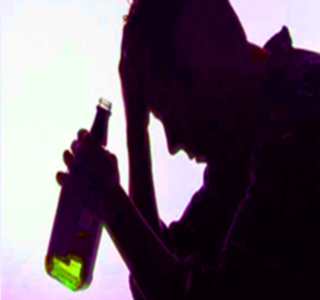 Alarmingly there is an increase in consumption of alcohol and intake of drugs amongst teenagers and party hoppers in discos and pubs. Most of them consume drugs and get high due to various personal reasons. Most of them even try to commit suicide and some rather kill others for some reason or the other. According to recent findings, people exploit alcohol and drugs in Scotland double the rate than the people in England and Wales.

The people here either slay themselves or get killed because of increased intake of alcohol and drugs. The University of Manchester’s National Confidential Inquiry into Suicide and Homicide by People with Mental Illness (NCI) have demonstrated that there has been increased rates in patients suffering from mental disorders who try to commit homicide or suicide and surprisingly such risks are higher amongst people in Scotland.

Rise in death rates due to the alcohol and drug intake holds responsible; accounting general population and people suffering from mental problems, according to the ‘Lessons for Mental Health Care in Scotland’ stated and commissioned by the Scottish Government.

The detailed investigations were done by the NCI regarding the issue of suicides and homicides, people who underwent treatment for mental health problems in the general population in Scotland. Later the reports were judged against England and Wales.

“In the time covered by the study – six years for suicides and five years for homicide – there were about 5,000 suicides and 500 murders in Scotland,” said Louis Appleby, Professor of Psychiatry and NCI Director. “However, the Inquiry found that only 28% of the people who took their own life and 12% of killers had recently been mental health patients.”

“There has been a welcome recent fall in the suicide rates among the general Scottish population but, despite this, the most striking feature of rates north of the border is how much higher they are than in England and Wales.Similarly, the homicide rate in Scotland is substantially higher than in England and Wales. However, in contrast to suicide rates, national homicide rates are high because of particularly high rates in certain areas of the country, namely Glasgow and Clyde and Argyll.”

The study even found that homicidal crime rates were more evident in young men. And surprisingly these young men tried to kill men of their same age. The research team went through the cases of alcohol and drugs and tried to find out that through what medium they murder the other person.

“Drugs and knives are a dangerous mix, so policy response to these deaths should focus on alcohol and drug abuse in young people and on the carrying of knives by young men,” said Professor Appleby.

“The rise in homicide rates in recent years is the result of an increase in killings by young people, mainly men under 25 years, but most are not mentally ill. Therefore, a public health approach to homicide would target alcohol and drug use before mental health illness.”

“Our findings support the view that alcohol and drugs are the most pressing mental health problems in Scotland and mental health services can play their part,” said Professor Appleby, who is based in Manchester’s Faculty of Medical and Human Sciences.

The reports also states that out of 58 patient homicides, 41 had past records of alcohol abuse and 45 fall into the section of drug misuse. Moreover such incidents occurred due to drug and alcohol dependence, says reports.

The report also makes the following recommendations for clinical care:

The research has been published on 16th June 2008 in The NCI report, ‘Lessons for Mental Health Care in Scotland’.