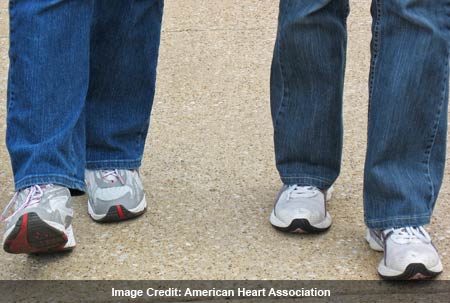 Watching too much TV is never a good idea whether couch potatoes display a genetic tendency towards obesity or not. A report from American Heart Association’s Epidemiology and Prevention/Nutrition, Physical Activity and Metabolism 2012 Scientific Sessions implies that the influence of genes on obesity can be reduced greatly by taking a brisk, hour-long walk daily.

It now looks like brisk walking for the prescribed amount of time, on a daily basis can actually reduce the impact of genes on obesity by almost half. The analysis in question covered 7,740 women and 4,564 men from the Nurses’ Health Study and Health Professionals Follow-up Study. Researchers gathered information on physical activity and TV viewing 2 years prior to calculating BMI.

“While previous studies have looked at how physical activity affects genetic predispositions, this is the first study that directly looked at the effect of the sedentary behavior of television watching on the body mass index (BMI) of individuals with a genetic predisposition to obesity,” averred Qibin Qi, Ph.D., study author and a post doctorate research fellow in the Department of Nutrition at Harvard School of Public Health in Boston, Mass. 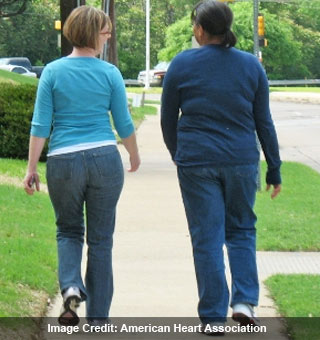 The effect of genes on obesity was assessed by differences in BMI per point of the genetic predisposition score, parallel to every BMI-increasing gene. The equivalent of walking briskly for the given time was tied to a 0.06 kg/m2 lowering in the genetic impact on BMI and each two-hour-a-day increment in TV watching was associated with a 0.03 kg/m2 increase in the same.

This study about the influence of genes on obesity being reducible by taking brisk walks, was funded by The National Institutes of Health.