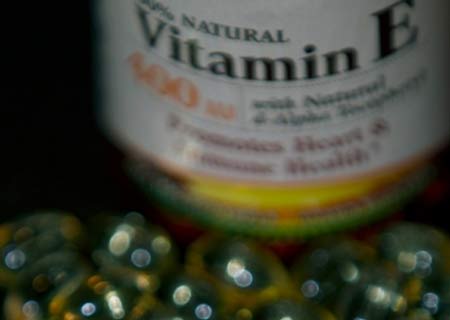 Of late, vitamin supplements have been in the news for all the wrong reasons. A recent report by the American Heart Association (AHA) has revealed that vitamin E supplements may not reduce the risk associated with heart failure for elderly women.

Nearly 40,000 women who were part of the Women’s Health Study participated in the study. These subjects consumed 600IU of vitamin E or a placebo on a daily basis. They were followed for a span of 10.2 years to gauge the effect of the supplementation on the risk for heart failure. During the trial period, almost 220 heart failure cases were reported.

As per the observations, vitamin E supplementation did not seem to decrease heart failure risk among the participants. Though a specific form of heart failure risk seemed to be restrained in the process, it required more evidences for affirmation.

“This sub finding is only an observation and topic for future research,” commented Claudia U. Chae, M.D., M.P.H, lead researcher in the cardiology division at Massachusetts General Hospital in Boston.

The team asserted that relying on vitamin E supplementation to reduce heart failure risk could be of no help. Instead, scientists need to focus on other alternatives and lifestyle modifications. These include optimal blood pressure management and adherence to ways for preventing heart disease.

The report is published in the recent issue of Circulation: Heart Failure, an American Heart Association journal.