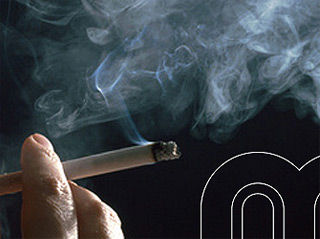 A new allegation seems to strike smoking this time, which apparently is not something unusual for the latter. As per a research conducted by scientists at University Department of Surgery at the Medical University of Vienna, substances present in cigarette smoke seem to cause blood vessels’ endothelial cells to continually digest themselves. This lasting impairment to the internal portion of blood vessels may result in calcification of arteries.

According to the scientists, this process of autodigestion in vessels’ endothelial cells is similar to the functioning of intracellular waste disposal. The harmed cell constituents are spotted, digested and reused. This doesn’t seem to be a problem as new cell components are produced again. When it comes to smokers, this process turns out to be an ongoing one which causes massive reactions to take place. This leads to extensive deterioration of the vessels’ endothelial cells. Researchers believe that considering the number of smokers across the globe, there ought to be an effective medication for the same.

“However, there is not one single therapy with medication that is specifically for smokers. Even smokers have to be helped,” commented David Bernhard from the University Department of Surgery at the Medical University of Vienna.

According to Bernard, the research targets two avenues of smoking. One which promotes the quest of people who want to give up this habit and the other which aids people who are seemingly not able to let go of this practice. The trial will now head towards a vivo test to be undertaken on animal specimens or pathological prototypes. The objective will be to have a solid marker that will help determine how much smoke an individual has inhaled and the examination of the quantity of smoke stored in the cell beforehand.

The findings are published in the journal ‘Cardiovascular Research’, and will be presented during the 9th Congress of the International Society for the Prevention of Tobacco Induced Diseases, in Vienna.