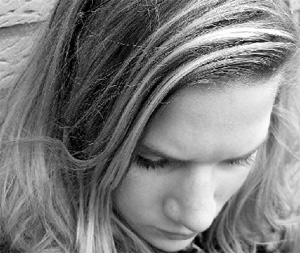 Only last week, we reported about a study that showed that older women are more likely to suffer depression than men in general. Now, a new study has shown that depression could be more common in women than in men. And, the concerned researchers have presented the reason why depression and chronic anxiety are more common in the fairer sex.

The new study showed that the brain’s serotonin system differs in men and women, and this could be the main reason for the above.

The research group at Karolinska Institute has shown that women and men differ in terms if the number of binding sites for serotonin in certain parts of the brain. They proved this using a PET (Positron Emission Tomography) scanner.

“We don’t know exactly what this means, but the results can help us understand why the occurrence of depression differs between the sexes and why men and women sometimes respond differently to treatment with antidepressant drugs,” said lead author of the study and associate professor Anna-Lena Nordstrom.

The group has also shown that the serotonin system in healthy women differs from that in women with serious premenstrual mental symptoms.

These results suggest that the serotonin system in such women does not respond as flexibly to the hormone swings of the menstrual cycle as that in symptom-free women.

“These findings indicate that when developing antidepressants and anti-anxiety drugs, scientists should evaluate their effect on men and women separately, as well as their effects before and after menopause,” said Nordstrom.