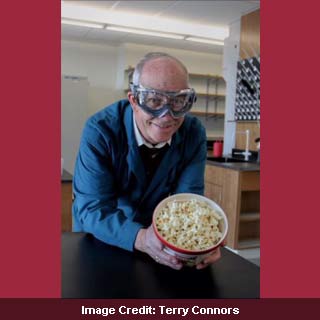 A bowl of steaming hot popcorn and a popular movie on TV are the perfect ingredients of a relaxed evening. Well, scientists from the American Chemical Society (ACS) have revealed that popcorn contains beneficial antioxidants at proportions higher than that found in vegetables or fruits.

Interestingly, the hulls of the popcorn which typically get caught in the teeth or the throat came forward as significant sources of fiber and polyphenols. According to the findings of this analysis, one serving of popcorn apparently comprised 300mg of polyphenols, which is higher than that found in sweet corn or vegetables. Notably, one serving of the same could account for 13% of average polyphenols intake on a daily basis.

As mentioned above, the kind of popcorn consumed may play an important role in deciding its nutritional value. However, this study does not signify that popcorn can substitute fruits and vegetables. Though the former were found to have higher amounts of antioxidants, the latter contain a lot of other beneficial constituents that are critical for the body.

This report was presented at a discussion of the American Chemical Society.