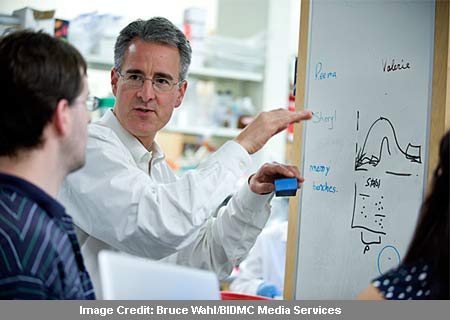 What comprises a healthy diet? Probably that which is rich in flavonoid, going by the reports we’ve been seeing lately. According to a team from the Harvard University, a bioflavonoid known as rutin present in vegetables and fruits could restrain the development of blood clots.

Rutin is a compound that is found in onions, citrus fruits, apples, or tea and is also sold as an herbal supplement. A substance known as protein disulfide isomerase (PDI) is rapidly expelled from cells, which is regarded as the principal cause of thrombosis or blood clots.

Controlling PDI could inhibit growth of blood clots, the team believed. However, intracellular PDI is vital for generation of proteins in the body, which is why there is a need to restrict just the extracellular counterpart.

“It’s not always fully appreciated that the majority of Americans will die as the result of a blood clot in either their heart or their brain,” cited senior author Robert Flaumenhaft, an investigator in the Division of Hemostasis and Thrombosis at BIDMC and associate professor of medicine at Harvard Medical School.

In the research conducted, it was observed that rutin worked effectively as an anti-clotting agent. Moreover, it blocked both, the clots formed in the arteries and those in the veins. Although there are certain over-the-counter drugs to control blood clots, many recurrent cases have been observed among patients.

Since the FDA has already approved of rutin as a safe dietary supplement, it shows great promise as an anti-clotting medication. Reported in The Journal of Clinical Investigation (JCI), PDI is apparently identified as a target for anti-clotting therapeutic alternatives.