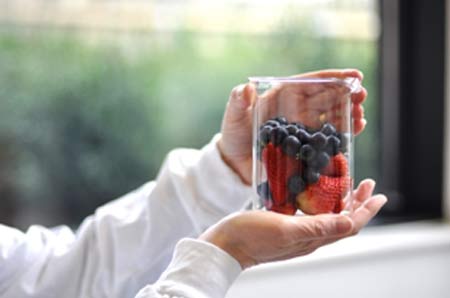 It seems switching over to a flavonoid-rich diet makes complete sense, given the number of reports suggesting its health value. In a study by scientists at the University of East Anglia (UEA), it came forward that men could ward off Parkinson’s disease by adhering to foods like tea, apples, red wine and berries which have high flavonoid content.

Almost 130,000 men were part of the study, where about 800 developed the aforesaid condition in a span of 20 years. After inspecting their dietary and lifestyle habits, the team found that men who conformed to a flavonoid-rich diet apparently faced 40% less chances of developing Parkinson’s. This protective link did not seem apparent in women.

“These exciting findings provide further confirmation that regular consumption of flavonoids can have potential health benefits. This is the first study in humans to look at the associations between the range of flavonoids in the diet and the risk of developing Parkinson’s disease and our findings suggest that a sub-class of flavonoids called anthocyanins may have neuroprotective effects,” commented Prof Aedin Cassidy of the Department of Nutrition, Norwich Medical School at UEA.

However, the investigators believed that larger clinical trials are required for affirming the findings. While flavonoids have been linked to beneficial effects in heart disease, dementia, cancer and hypertension, this trial adds one more condition to the list.

The study titled, ‘Habitual intake of dietary flavonoids and risk of Parkinson’s disease’ is published in the journal Neurology.