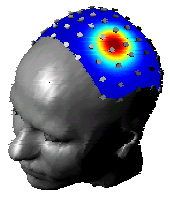 A lot of people suffer everyday from their awful and unpleasant memories of the past. However, thanks to the scientists’ efforts everybody soon will be able to erase their long-term memories. For the first time, scientists have erased long-term memory in rats, and also directly seen how the brain is changed by learning. The research has the potential to benefit humans.

These findings could be the key to understanding how memories are affected. The research could also help to treat pain that does not go away, like neuropathic pain, where people have a moderately severe injury, typically to the hands or feet and instead of going away it just gets worse.

The researchers separately examined the hippocampus, which is a structure critical for memory. It was only thirty years ago that scientists had discovered the existence of persistent increases in the strength of the connections, or synapses, linking brain cells to the hippocampus. This mechanism is mainly believed to help in memory formation.

Remarkably, however, until now there was no evidence confirming a link between learning and this synaptic strengthening. One major problem was that these changes in the hippocampus during learning are few and far between.

“It was getting fairly embarrassing to the field that it had yet to be directly observed,” Bear said.

Sacktor and his collaborators worked on rats trained to avoid a shock zone on a rotating platform. If they received an injection of a chemical dubbed ZIP into the hippocampus one day to one month after they learned to keep away from the shock zone, they no longer shunned it.

“It doesn’t have an effect on short-term memory, and afterward they can continue to store long-term memories,” Sacktor said.
Bear and his colleagues experimented in rats trained to avoid a shock zone in a darkened area of a box. Using an electrode array that enabled Bear and his collaborators to listen in on many places in the hippocampus at the same time, they eavesdropped on the hard-to-detect synaptic strengthening take place.

“This same process might be hijacked in psychiatric diseases, such as anxiety disorders and even depression,” Bear said. “What is cool is that we know how to reverse some of the changes we measure after learning, which suggests the possibility of new treatments.”