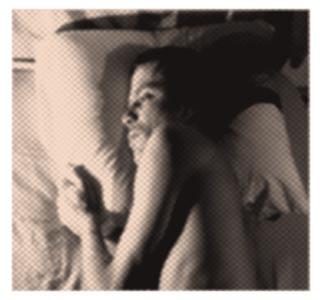 People suffering from insomnia can now expect a good amount of sleep, just by shaking the body with the foot-tapping music. People who are commonly suffering from lack of sleep or sleeplessness are prone to various health issues like fatigue, anxiety, depression and lack of concentration. A Person who undergoes from sleep deprivation suffers loneliness and it is terrible to suffer it on a daily basis.

Now instead of consuming sleeping pills, insomnia patients can opt for a moderate aerobic exercise, but not rigorous aerobic exercise so as to ease the anxiety levels and gain better sleep, according to a research presented on 11th June at SLEEP 2008, the 22nd Annual Meeting of the Associated Professional Sleep Societies (APSS).

The study is authored by Giselle S. Passos, of Federal University of Sao Paulo in Brazil, who surveyed 36 patients out of which eight were men and 28 were women who suffered from primary chronic insomnia. These patients were separated into three experimental groups and a control group (moderate aerobic exercise, heavy aerobic exercise, and moderate strength exercise).

“These findings indicate that there is a way to diminish the symptoms of insomnia without using medication,” said Passos. “This study is the first to look at the importance of using physical exercise to treat insomnia, and may contribute to increased quality of life in people with one of the most important kind of sleep disorders around the world.”

The end results of the study showed that through the exercise regimes there was an improvement in the sleep onset latency amongst the insomnia patients almost up to 54 percent and wake time of 36 percent in moderate aerobic exercise group. There was a rise in the total sleep timings of 21 percent and in sleep competence almost to 18 percent.

There was a subsequent increase in the overall sleep time of 37 percent and lowered the sleep onset latency of 40 percent surveyed in the sleep log of volunteers of the moderate aerobic exercise group. At the end after the moderate exercise regimes, prime reduction was seen of seven percent in the anxiety levels in the patients. Adults are found to have the symptoms of insomnia i.e. around 30 percent.