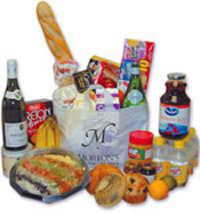 Giant food corporations have just one mission- to sell more food and beverage products to consumers. Succeeding in this mission depends on how well they keep consumers in the dark on certain issues, such as the presence of cancer-causing chemicals a.k.a carcinogenic ingredients, which are found in many popular food products today.

Here is a list of 10 things that the food corporations absolutely do not want you to know about:

Three steps to treat tooth erosion caused by the intake of...