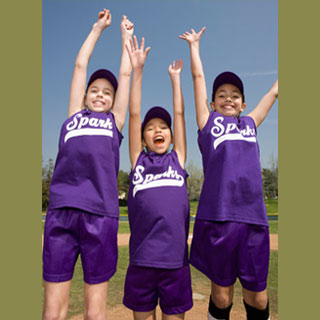 This news may concern parents whose children are short. Parents should be able to set aside their worries as the latest study from the University of Michigan Health claims that short children are no different than their taller counterparts when compared to their emotional or social well-being.

As per the research, short children are supposedly as popular, optimistic and have social support as their taller peers. Depressive symptoms or behavioral problems are not likely to be experienced by them.

Lee, a member of the Child Health Evaluation and Research (CHEAR) Unit at Mot commented “Our study can help reassure parents that children with short stature do just as well socially and emotionally as their taller peers.”

In the study, 712 boys and girls in the 6th grade were assessed, who were of short or normal height. On the U.S Centers for Disease Control growth charts, short height was defined if it was below 10 percentile. For instance, if a 10 year old child’s height was not 4 feet and 5 inches then he/she was considered short.

The study also asked the opinion of the teachers to find out if short children were as social and popular as compared to their taller counterparts. It was apparently found out that short people did very well on that front. Several other factors such as race, socioeconomic status and gender were also observed but the results supposedly remained the same. Identical social and emotional functioning was apparently seen in short children.

However the analysis appeared to be identical to previous studies showing that short people experience a lot of teasing and victimization. In spite of that, they do not seem to experience considerable psychosocial problems associated with their height.

The authors remarked “Teasing is common in childhood. However we speculate that short children who are called ‘midget’, ‘shrimp’, or ‘shorty’, by their peers may perceive this teasing in a personal way.”

Apparently pediatricians may have more data with them as parents worry about medical treatments that for the time being postpones growth. For instance, stimulant use for attention-deficit/hyperactivity disorder and inhaled corticosteroid use for asthma have occasionally been linked with small and temporary growth shortfalls.

Even though there is temporary decrease in growth which leads to short height, the pediatricians reassure the parents that it apparently does not have a major impact on the child’s quality of life.

Lee mentioned “Seeking specialty evaluation and treatment purely on the basis that a short child will be happier seems unwarranted. The best approach is reassuring them they are healthy and well.”

Apparently, from the time the growth hormone therapy has been approved by the U.S. Food and Drug Administration in 2003, pediatricians always have parents asking about hormone therapy for their short or even moderate height child.

This study would be published in the September issue of Pediatrics.