The most common cancer in the world, lung cancer afflicts 14 lakh people worldwide. This is a lethal cancer that kills 60% patients in the first year, only 14% survive after 5 years. Mortality is therefore very close to incidence at over 10 lakh deaths a year. Global burden of lung cancer is divided evenly among developed and developing countries. While incidence has plateaued in some western countries, tobacco usage is rapidly increasing in developing countries. Women constitute 25% of all cases as the incidence of smoking in women is lesser. But this too is changing. 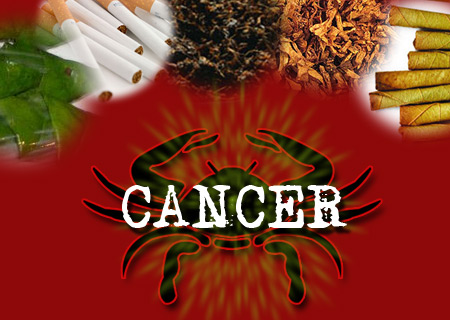 Lung cancer also represents the largest number of preventable cases of cancer as the link between smoking and lung cancer is well established. The risk of developing lung cancer is 20 to 30 times higher in smokers as compared to non-smokers. However, about 10-15% of all patients develop lung cancer without ever having smoked. This is where factors like family history, second-hand smoke, environmental pollution and occupational hazards come in. Second hand smoke increases lung cancer risk by 20%.

Besides lung cancer, tobacco usage also increases the risk for cancers of the mouth, throat, liver etc several fold. Known carcinogens in tobacco smoke and other pollutants in air and water irk the lung cells to the point of derangement (mutation). The onset of cancer after start of exposure takes a very long time often running into decades. This is a major reason why most smokers just do not see good incentive in quitting. However, once it sets in, the cancer does not take long to turn life threatening.

Symptoms, if at all they appear include coughing, wheezing, fatigue, loss of appetite etc. These can be associated with a number of other illnesses. It is when these symptoms persist for long and the patient coughs up blood that a serious illness is feared, as you may have seen in several films. In about 1/4th of all cases, lung cancer is found when an X-ray or CT scan is done for another reason. This is followed by biopsy for confirmation. Prognosis is, therefore, bad. Routine examination for at risk population is a debatable topic. But it would be a good idea for long time smokers to get an X-ray done once a year.

Treatment is based on type of cancer. Non small cell lung cancer is treated with surgery as it does not spread as much as Small cell lung cancer. So, the identified area can be surgically removed. SCLC is treated with chemotherapy as chances of it having spread to other parts of the body are high. Radiotherapy may be administered in either type of cancer along with surgery and chemotherapy. It may also be given as solo therapy in patient who cannot undergo surgery. Either way, chances of success are slim. 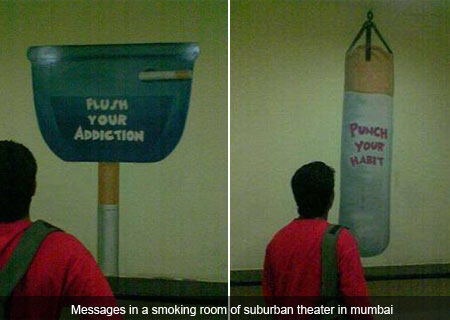 Public Health Campaigns and Bans – Some of the most innovative ads and campaigns one would remember have been related to smoking, from songs to lung-shaped ash trays. Even as more and more restrictions are imposed on tobacco companies, sale of cigarettes increases year on year. A major cigarette maker in India achieved 30% growth last year despite increasing prices. It is clear that restricting the product itself will not deter the masses. Like with gambling or any other banned activity or substance, restricting access only leads to malpractices. How the recent ban on ghutka (from March of this year, plastic packaging for ghutkas and all non-smoke tobacco products has been banned in India) plays out remains to be seen.

Quitting – As mentioned at the start of this feature, cancer sets in decades, if not years, after one starts smoking. As far as incentives go, this is like a retirement plan. You always tend to think there is time to get around to it, if at all you make it to retirement age. But to think that you can avert cancer by quitting at a time of choosing is naïveté. WHO recommends the best time to quit is early 30s. Even on quitting after 50 years of age, 60% risk reduction is statistically seen. However, it takes 15 years to reach the risk profile of a non-smoker post quitting. Moreover, since increasingly younger people are taking up smoking, these risk figures may very well change over the next decade.

Effect on general health – Apart from cancer itself, smoking deters overall health. A smoker will find doing a push-up or running after a fleeting train much more difficult than a healthy non-smoker. This is because oxygen-carrying capacity of the blood is significantly hampered by smoking. A smoker’s blood functions below par and toxins accumulate in the body. Along with an unhealthy lifestyle and associated diseases like diabetes, it is a slow poison that progressively strangulates the body. Smoking can be a social handicap too. So strong is the addiction that one simply cannot function without a stick even in the most awkward of circumstances. Sitting through interviews and flights becomes ridiculously difficult. In addition, the lingering smell and darkening of teeth ought to take whatever glamour is left out of smoking.

Lung cancer due to factors other than smoking can also be avoided. If you live in an environment where levels of asbestos, arsenic and radon are known to be high, consider shifting. Usually one would not know of levels of chemicals in the surroundings. But if you live in a high pollution zone with factories in the adjoining area, you are doing yourself a big disservice.

If a family member/roommate or anyone you share living space with smokes, tell them in no uncertain terms to take it outside as far away as possible. A 20% increase in your chances of developing lung cancer through no fault of your own is totally unacceptable. If there are children in the house, consider shifting to a different residence. This is not to be taken lightly.

If you smoke yourself and do not plan to quit, you can only hope you escape cancer as a matter of statistics. If you are trying to quit without success, ask your doctor for a support program.

When all ads ‘issued in public interest’ and nicotine gums have failed, it is only a doctor who can convince a patient to kick the habit. This is why family members and well wishers need to visit the doctor with the smoker and emphasize on his addiction. If emotion does not work, fear might.