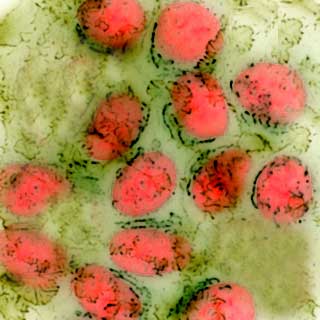 A latest study has revealed that an astounding number of African American women with breast cancer may often avoid going through chemotherapy and radiation. Such women suffering with late stage breast cancer are believed to often avoid this potential life saving therapy. This eye-opening study was led by Monica Rizzo, MD, of the Emory University School of Medicine and Emory University’s Avon Comprehensive Brest Cancer Center at Grady.

Evidently, African-American women in the U.S may have almost double the rate of advanced breast cancer as compared to their whiter skinned counterparts. In order to better evaluate this concept, these experts were believed to have reviewed the data withdrawn from a hospital in Atlanta. They mainly concentrated on the data regarding the patients with stage III breast cancer.

Out of the 107 cases of stage III breast cancers, about 87 percent of them were found in African-American women. It was also found that many women refused to undergo the recommended chemotherapy and radiation treatments. Inspite of being a potential life-saver for cancer patients, some women were found to have refused these treatments.

There was evidently not much difference in the age, marital status and educational qualification of the women who had received the recommended treatments and those who had refused them. It was notably discovered that about 20.5 percent of stage-III breast cancer patients had refused chemotherapy, while about 26.3% had avoided chest radiation.

“The high rate of refusal for important life saving therapies that we identified needs further study after implementation of our planned initiatives, so all women are offered and will receive appropriate care based on stage of diagnosis,” say experts.

These experts suggest that more efforts need to be taken by respective authorities to make sure that all the sufferers of breast cancer adhere to the essential anti-cancer treatments and therapies. The reason for refusal of these treatments was not very clear. Therefore it is stated that a more detailed analysis needs to be conducted in order to identify the possible factors responsible for such a refusal.

This study was published in the July 1, 2009 issue of CANCER, which is a peer-reviewed journal of the American Cancer Society.