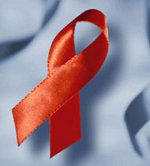 HIV-suppressing protease inhibitor drugs do not only help in increasing the patients’ longevity but can also speed hardening of the arteries. Now, U.S. researchers say a special drug combination may reduce that side effect.

The mice received a common protease inhibitor called ritonavir and one of two NRTIs — either d4T or didanosine.

The findings were published in the current issue of the American Journal of Physiology-Cell Physiology.

“To our knowledge, these are the first data that indicate that nucleotide reverse transcriptase inhibitors can limit the atherogenic (tendency to form lipid deposits in the arteries) effects of ritonavir,” he and his colleagues remarked.