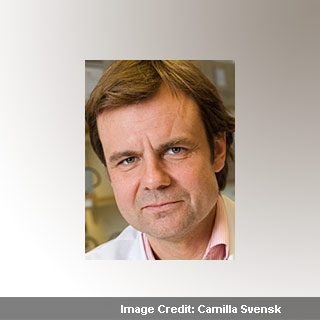 Scientists at the Swedish medical university Karolinska Institutet claim to have recognized a module of genes that is significant for the recruitment of white blood cells into the atherosclerotic plaque. This they identified by apparently amounting the total gene activity in organs pertinent to coronary artery disease (CAD).

Experts associated with this research are of the opinion that targeting the migration of white blood cells in the progression of atherosclerosis may aid in lowering the risk for adverse clinical effects. These include conditions like ischemia and myocardial infarction.

“It has been an exciting research project, which has gone on for nearly seven years, involving many different disciplines from thoracic surgeons to mathematicians”, elucidates team leader Dr. Johan Bjorkegren at Karolinska Institutet in Stockholm. “I believe that this kind of clinical study will follow in the aftermath of the large number of ongoing genome-wide association studies.”

The discovery claims to comprise of a group of 128 functionally related genes in a ‘module’ or ‘network’, instead of individual genes or individual DNA variants. Possibly explaining their mutual interactions, earlier the involvement of most of these genes in CAD was supposedly not known. However scientists apparently were aware of their involvement in endothelial function and angiogenesis.

The researchers collaborated with Dr. Eric Schadt’s team at Washington University, Seattle, to reportedly take advantage of previously published genome-wide association studies (GWAS) of CAD. These suggest that the gene module they seem to have unveiled is enriched for inherited risk of developing myocardial infarction.

“The GWAS are genetic epidemiology studies often involving tens of thousands of patients and controls, originally designed to link isolated DNA locus to the risk of developing complex common disorders, such as atherosclerosis”, adds Dr Bjorkegren. “These studies now need to be complemented with clinical studies where the patients also are screened for intermediate molecular phenotypes in disease-relevant organs. The computational capacities and expertise required to address simultaneously all molecular activities and their relative risk-enrichment are available, all that remains is to start recruiting this kind of cohorts.”

The novel findings indicate that the severity of atherosclerosis is dependent on the rate of the migration of white blood cells from the blood into the atherosclerotic plaques. Though this pathway is apparently already known to have played a role in atherosclerosis, the Swedish research hints that it is the rate limiting step for disease progression.

Dr Bjrkegren however admits that the exact roles of all 128 genes in atherogenesis are not really known. The researchers look at future analysis that should center on comprehending the details of how these genes actually contribute to atherosclerosis in cell cultures and animal model systems.

The findings are to be published in the open-access journal PLoS Genetics.