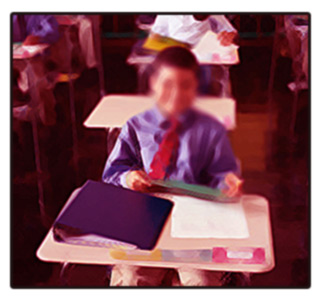 According to a study held by the researchers from Children’s Hospital Boston, it has been noticed that a plain change in infection control methods used in elementary schools helped to disinfect the regular touched surfaces and reduced absenteeism rates. The study observed that use of alcohol-based hand sanitizers used in schools found reduction in student non-attendance. The study has been published in Pediatrics as well.

The reason for the sickness is due to the bacteria and viruses which is one of the reasons for the increase in non-attendance.

According to Thomas Sandora, MD, MPH, a pediatric infectious diseases specialist at Children’s Hospital Boston, “The best ways to avoid common infections are cleaning your hands and preventing exposure to the germs that cause these illnesses. Our research indicates that elementary schools should consider a few simple infection control practices to help keep students healthier.”

The lead author of the study Dr. Sandora conducted a random survey which involved 285 students of the third, fourth and fifth grade in an elementary school system in Avon, Ohio. Teachers in specific classrooms were told to use the disinfecting liquid and wipe it on the students’ desks and students were made to use the hand sanitizer in the classroom whenever needed throughout the school day. And other classrooms had the regular hand washing and cleaning procedures.

In the period of eight weeks the researchers had a follow-up on the frequency of student absentees and also tried to know the reasons for non-attendance in the school. The researchers of the study even tested several classroom surfaces for the number of bacterial counts and to find out the existence of several common viruses.

Researchers found out nine percent reduction in gastrointestinal illnesses when the classrooms were disinfected with alcohol-based hand sanitizers. The students who didn’t attend school for respiratory illness didn’t affect by this intervention.

Mostly it’s seen that school-aged children face gastrointestinal illnesses and thus fall prey to such infections due to the regular exposure to other sick students and poor hand hygiene. Bacteria and viruses are the main culprits for gastrointestinal infections which pass on such infections from one individual to another using the hands as a medium. The germs thrive on such surfaces for longer periods.

The study believes that schools should practice simple infection control methods and start using the hand sanitizers, pre and post lunch on regular basis so as to lower the number of absentees occurring due to the common sickness.