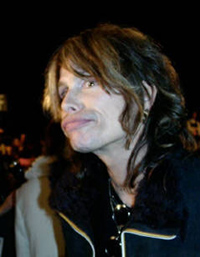 Aerosmith vocalist Steven Tyler has finally revealed that he is a victim of Hepatitis C after years of keeping mum about his condition. The 58-year old ‘Cryin’ singer in an interview to Access Hollywood, said he was diagnosed with the liver disease three years ago. . Tyler even had to take an 11-month chemotherapy session to treat it.

“I’ve had hepatitis C for a long time, asymptomatic. And I talked to my doctor … and he said now is the time and it’s 11 months of chemotherapy. So I went on that and it just about killed me,” he said.

So what is this deadly disease all about? Hepatitis C usually remains in an individual’s bloodstream without any symptoms. This disease can bring about chronic liver problems, like cirrhosis and eventually liver cancer.

The virus spreads through blood and causes inflammation of the liver. In the United States, as many as 80 percent of intravenous drug users contract Hepatitis C Virus (HCV)

It could be possible that Tyler, who was infamously known for his drug abuse with band mate Joe Perry, contracted the Hepatitis C virus due to intravenous injections. The pair were together called ‘Toxic Twins’

Fortunately for Steven Tyler, the chemotherapy wiped the HCV completely from his bloodstream. . “It is nonexistent in my bloodstream as we speak, so it’s one of those few miracles in doctoring where it’s like a complete cure,” the musician said.

Tyler admitted he was having trouble at home; as he would run upstairs to put his kids Chelsea and Taj to bed. Then he would wake up at 3 in the morning with a nosebleed, passed out with the interferon and the chemo treatment.

Steven Tyler, the evergreen rocker now hopes to educate others about Hepatitis C Virus and he would like to tell people that it is possible to get a cure for this disease. “Of all the people in this room, at least three have it and don’t know it. It’s the silent killer. I may go on Oprah and talk about this. I mean you know it’s just one of those things… it’s one of those things people don’t speak about it, but it is treatable,” he said.