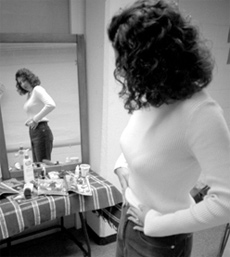 A University of Iowa researcher claims that she has identified a new eating disorder called ‘purging disorder’.

Pamela Keel, an associate professor of psychology, said the disorder is similar to bulimia nervosa in that both syndromes involve eating and purging, but women with purging disorder eat normal or even small amounts of food and then purge, often by vomiting.

“Purging disorder is new in the sense that it has not been officially recognized as a unique condition in the classification of eating disorders,” Keel said in a statement.

“But it’s not a new problem — women were struggling with purging disorder long before we began studying it,” she added.

The study, published in the Archives of General Psychiatry, found women with purging disorder tend to share some characteristics with bulimics — depression, anxiety, dieting and body image disturbance than women without eating disorders.

However, it was noticed that women with a purging disorder reported greater fullness and stomach discomfort after eating compared with women with bulimia and women without eating disorders.