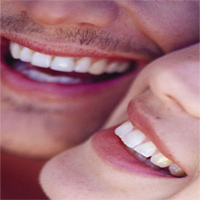 According to a study by researchers at the University of Kentucky, tooth loss and oral diseases may be indications that a person could develop dementia later in life.

The team of researchers, led by Pamela Sparks Stein in the UK College of Medicine’s Department of Anatomy and Neurobiology, analyzed data collected from 144 participants in the Nun Study, a study of aging and Alzheimer’s disease among Catholic sisters of the School Sisters of Notre Dame.The ages of the participants ranged from 75 to 98 years.

“Of the participants who did not have dementia at the first examination (of annual exams over a 12-year period), those with few teeth – zero to nine – had an increased risk of developing dementia during the study, compared with those who had 10 or more teeth,” the researchers reported in a paper published in the Journal of the American Dental Association (JADA).

Several previous studies have shown that patients with dementia are more likely to have poor dental health than patients without dementia.

However, only a few researchers have studied whether poor oral health may contribute to the development of dementia.

The researchers say that there can be several possible reasons for the association between tooth loss and dementia, including periodontal disease and early-life nutritional deficiencies, infections or chronic diseases that may result simultaneously in tooth loss and brain damage.

They, however, have admitted that further study is needed to confirm whether tooth loss has any real role in bringing on dementia.

“It is not clear from our findings whether the association is causal or casual,” they say.