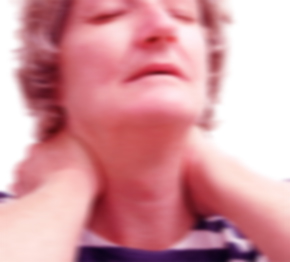 An accidental discovery in the lab has helped University of Leeds scientists to show how the treatment for a stiff neck could do wonders for your blood pressure.

Chiropractors have long known that tackling pain and stiffness by ‘cracking’ the neck through manipulation can also lower blood pressure – but the reasons were never clear.

Now a team led by Professor Jim Deuchars has examined pathways between the neck and the brain to show how the neck muscles could play a crucial role in controlling blood pressure, heart rate and breathing.

Their study provides the first evidence for a role for these connections in influencing brain regions which control body functions that we don’t need to think about, such as breathing and blood pressure.

The area of the brain where the signals from the neck terminate were first identified by ‘Godfather of Neuroscience’ Ramon Y Cajal, more than 100 years ago, though its function was not understood. What happened after these signals arrived remained a largely-overlooked area of research until new techniques allowed the Leeds team to take the work forward.

‘Cells in the area that receive neck signals jumped out at us when we labelled sections with particular markers. We wanted to know how these cells were organised and the other brain regions to which they were connected,’ the researchers said.

The team, which includes researchers from Japan and Hungary, found a link between these cells and the nucleus tractus solitarius, an area of the brain that is pivotal in control of autonomic functions – body functions under unconscious control. They propose that nervous signals from the neck could play a key role in ensuring that adequate blood supply is maintained to the brain as we change posture, such as from lying down to standing up. Where such signalling fails, we can suffer problems with balance and blood pressure.

‘Reports from chiropractic journals say that manipulating the neck region helps to reduce blood pressure in some people. By identifying the pathways we can see why these treatments might work and it could also explain why some people suffering whiplash injuries may experience a change in their blood pressure,’ Prof Deuchars explained.

‘The work also contributes to understanding postural hypotension – fainting which can be caused by standing up too fast. The neck muscles could be a part of the system which normally prevents this from happening by sending signals to the brain upon neck movement that posture has changed,’ he added.

More research is now needed to see which sensory nerve fibres and precisely which cells are involved in the process. Amongst other things, the team would now like to know what other brain regions the neck muscle termination site connects to.

They believe that there are many malfunctions associated with whiplash injuries to the neck that could be better understood by unravelling these connections. They hope that this knowledge could be used to design more effective treatments for such injuries.