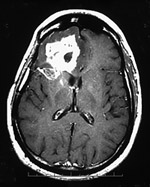 A new study by researchers at the University of Calgary has found that a cancer-fighting virus called VSV, when given intravenously instead of directly into a tumor, not only targets the main tumor, but also the cancer cells that spread from the main mass.

The study was conducted on a mouse model as well as on tumor specimens from patients with an aggressive form of brain cancer called malignant glioma by researchers led by Dr. Peter Forsyth, a medical oncologist with the Alberta Cancer Board and a professor of oncology, neurosciences, biochemistry and molecular biology at the University of Calgary.

As a part of the study, the team first modified the vesicular stomatitis virus (VSV) by altering one of the genes to make it safer in normal cells but still able to kill cancer cells, before injecting it intravenously into the mice.

Dr. Forsyth said that the study had found that the new method was effective when it came to delivery of VSV into multiple sites within the tumor, evading the body’s immune responses, reproducing rapidly, and spreading within the tumor and infecting cells that have spread.

“An ideal cancer-fighting virus should have effective delivery into multiple sites within the tumor, evade the body’s immune responses, reproduce rapidly, spread within the tumor and infect cells that have spread. In this study, that’s exactly what we found that VSV has done when injected intravenously,” said Dr. Forsyth.

The research was funded by The Terry Fox Foundation and the Canadian Cancer Society. Dr. Forsyth added that though the results were still early, the findings were extremely encouraging.

“While these are very early results, we are very encouraged to find that delivering VSV intravenously attacks the cancer cells and not normal cells. From a patient’s point of view, it is obviously a lot easier to be treated with a few intravenous treatments rather than having several surgeries to inject the treatment directly into your brain,” he said.

The brain tumor cells that invade into the surrounding normal brain are usually “hidden” from current treatments and are the ones that usually lead to a disease recurrence.