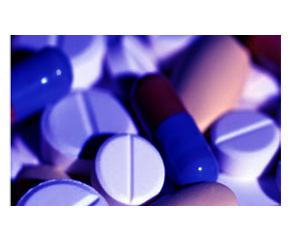 According to a study published in the journal Nature this Sunday, an experimental drug from Eli Lilly of U.S. eased schizophrenia symptoms without the serious side effects of current treatments in a clinical trial.

Schizophrenia patients may hear voices, believe their thoughts are being broadcast or that people are trying to harm them.

Unlike current anti-psychotic drugs, which block the uptake of a naturally occurring chemical called dopamine, the new drug acts on a different neurotransmitter, glutamate, involved in learning and memory.

Imbalances in the brain of these chemicals are largely responsible for schizophrenia’s disabling symptoms, which range from hallucinations and delusions to a severely impaired ability to express emotion.

As part of the second of three stages of testing generally required for U.S. approval, researchers at Eli Lilly, which funded the study, administered the new drug, dubbed LY2140023, to 97 patients alongside smaller groups given placebos or olanzipine, a commonly prescribed anti-psychotic medication.

After four weeks, patients on the drug had significantly fewer symptoms of schizophrenia than those on a placebo. The differences came after one week, the researchers wrote. The new drug LY2140023 matched the effectiveness of olanzipine for both “positive” symptoms such as hallucinations as well as “negative” ones, including withdrawal.

It avoided some of the adverse effects associated with dopamine-targetting drugs: weight gain, increases in blood fat called triglycerides, periodontitis, and inflammation of the gums.

Lilly will begin a new and larger clinical trial for the drug this month. If that trial confirms the results seen so far, the new drug could mark a breakthrough in the treatment of schizophrenia — and open the way to a broad new class of treatments for the disease.