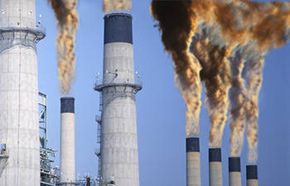 For years researchers have been arguing whether the exposure to toxic chemicals when in the womb or early in life, may actually be the leading cause of neurobehavioral defects. These toxic chemicals, which are potentially damaging to the brain, may be responsible for a host of medical ailments such as mental retardation, autism, cerebral palsy, attention deficit hyperactivity disorder and many other brain disorders that affect kids.

The research team from US and Denmark reported that there may be an ongoing “silent pandemic” of such neurobehavioral and developmental disorders from many different sources of chemicals which include pesticides, metals, solvents and industrial pollution, which was not being helped by the current lack of research and insufficient regulation.
The team of researchers from New York’s Mount Sinai School of Medicine and the University of South Denmark said in their report, that developing brains were more vulnerable to the effects of toxic chemicals as compared to adult’s brains, and there could be permanent consequences.

However, because the negative effects of this pollution could take years for symptoms to develop, they were not easy to pinpoint. The team has identified 202 industrial chemicals which are potentially damaging to the human brain, and they have opined that there is a likelihood of this being just the “tip of a very large iceberg”. The scientists have said that there should be strict regulations enforced worldwide, to tighten controls on any chemical known to have a toxic effect. Currently US regulations are minimal for safety tests to be carried out on chemicals, and European Union regulations are not enough.

Study co-author and lead researcher Dr Philippe Grandjean, M.D., of the Harvard School of Public Health in Boston, Massachusetts said: “The human brain is a precious and vulnerable organ. And because optimal brain function depends on the integrity of the organ, even limited damage may have serious consequences.

Only a few substances, such as lead and mercury, are controlled with the purpose of protecting children. The 200 other chemicals that are known to be toxic to the human brain are not regulated to prevent adverse effects on the foetus or a small child.” “Chemicals that can interfere with brain function — that are toxic to the brain — should be considered toxic also to the developing brain. We should protect developing brains from exposure to these substances. We also need to examine industrial chemicals for these kinds of effects because it is not being done systematically.” He added: “The bottom line is you only get one chance to develop a brain. We have to protect children against chemical pollution because damage to a developing brain is irreversible.”

Dr. Philip J. Landrigan who co-authored the study said, “What prompted our study was the realization that has been growing over the past several decades that there are a small number of chemicals that we know with absolute certainty can cause brain injury if exposure occurs during the fetal life or in the first several years after birth. Our big worry is this: If we know there are four or five or six chemicals out there capable of causing brain injury, what about the other chemicals, to this time, that have not been adequately tested?”