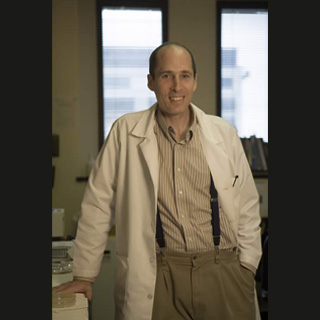 Similar to all tissues in the body, the eye too seems to require a healthy blood supply in order to function properly. Poorly developed blood vessels could result in visual impairment or even blindness. While many of the molecules involved in guiding the development of the intricate blood vessel architecture are known, only recently are we learning how these molecules work and how they may affect sight.

Researchers at the Johns Hopkins School of Medicine discovered that when some cells in the mouse retina are not properly fed by blood vessels, they could perhaps remain alive for many months. Also, these cells may afterward recover some or all of their normal function thereby suggesting that similar conditions in people may be reversible.

Mice lacking functional Fz4 are believed to have poor blood vessel growth in the retina and are blind. However, it appears to be unknown whether the blood vessel deficiency was the cause of blindness or whether the absence of Fz4 results in some other defect that causes blindness.

Jeremy Nathans, M.D., Ph.D., a professor of molecular biology and genetics, neuroscience and ophthalmology at Johns Hopkins and a Howard Hughes Medical Institute investigator said that, “This finding is intriguing. It suggests that neurons in the retina can survive for an extended period of time even though they have been functionally silenced.”

The team found that Fz4 function seems to be needed only in blood vessels, where it senses a signal produced by the Ndp gene in other retinal cells. When the team calculated electrical responses in retinal cells of mice lacking Fz4, they appear to have found a defect in electrical signaling in the middle layer of the retina which is the same region lacking blood vessels.

They then immersed the Fz4 mutant retinas in oxygen and nutrients in order to mimic a normal blood supply, and measured electrical signaling in response to light.

“If the human retina responds to a decrease in blood supply in the same way that the mouse retina responds, then these results may have relevance for those patients with vision loss due to vascular defects. In particular, these experiments suggest that if a region of the retina has been deprived of its normal blood supply, then completely or partially restoring that supply may also restore some visual function, even if this happens weeks or months later,” elucidates says Nathans.

The team found that when retinas were provided with oxygen and nutrients, they seemed to be able to sense light and generate signals similar to those generated by normal retinas.

They suggest that in the absence of Fz4 the defective blood vessels may offer the retinas with only enough oxygen and nutrients in order to keep the retinal cells alive. Though, not sufficient for them to function normally in order to send electrical signals.

The findings of the study have been published in the journal, Cell.