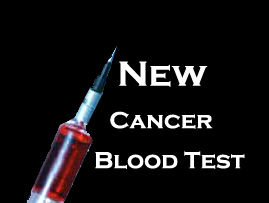 British scientists claim to have developed a blood test that offers the possibility of spotting cancer long before the symptoms actually appear. In fact, an all-purpose cancer blood test could be cheaper, quicker and more accurate and less invasive than other tests.

This blood test was found to successfully detect early signs of breast cancer in some women. The concerned scientists hope that such clues will help to revolutionize cancer prevention by offering cheaper and less invasive screening techniques in the next ten years.

The Southampton University research team studies blood samples that were collected from around 11,000 women over the last 30 years. Out of these women, some developed cancer later on.

During this study, the researchers looked for biomarkers (proteins produced by cancer cells). Apparently, they managed to see significant biomarkers of breast cancer in the samples collected.

According to study leader Paul Townsend, “The quality of the samples has been the key but it is early days. Some of the ladies in the samples were healthy at the time but then went on to develop cancer. We are going back through these time capsules to look for things common in their blood that we can identify as a cancer fingerprint.”

We are trying to find out if we can take a sample from someone healthy and see if they could get cancer in the future. We would like to establish a set of rules that we could look for,” he continued.

However, this blood test is not new for other scientists and drug companies have already announced a similar range of blood tests for cancer over the last ten years.