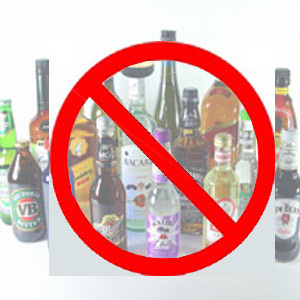 Perhaps your alibi is that you’re afraid of needles, also you’re doubtful of the anesthetics used and so you decide to guzzle down your pint of the choicest alcohol to numb your senses just until your surgery is over. For the idiots who agreed to this statement a recent study in Germany suggests that people considering surgery should control their drinking habits and to be honest with their doctors about their drinking.

The study, published in the journal Alcoholism: Clinical & Experimental Research determined that in mice chronic consumption of alcohol — the equivalent of prolonged moderate drinking — can result in a severe form of pneumonia following surgery.

The researchers gave 32 female mice either alcohol or saline for eight days and then all mice underwent abdominal surgery. After 10 days, the mice were nasally exposed to either K. pneumoniae or saline. The researchers found worse clinical outcomes among the alcohol-exposed mice than the saline-exposed mice.

Claudia Spies of the University Hospital Charite, Universitaetsmedizin Berlin says that 20 percent of adults admitted to a hospital drink three beers or two glasses of wine on a daily basis for a prolonged period.

She added that “These patients show a higher rate of pneumonia after surgery. It is also observed that higher rates of cardiomyopathy or heart muscle disease are also seen. The patients also take a longer time to recover after surgery because of the higher rate of confusion post surgery and significant increased bleeding complications.”