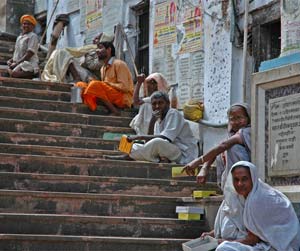 In India, thousands of beggars have been recruited to help curb the spread of HIV and AIDS virus by singing songs and acting in plays about safe sex. In recent times, many attempts have been made to promote safe sex in the country, as millions in the country remain ignorant about the spread of the deadly virus.

In October, Indian villagers were encouraged to have safe sex through various mediums. Besides, safe sex messages were being delivered in India via newspapers.

Officials in the impoverished state of Bihar say they want to train many of the state’s estimated 100,000 vagrants to sing songs in trains and buses and beside busy roads, as well as enact street plays about the deadly virus.

“Beggars are great actors and very creative,” Vijay Prakash, Bihar’s welfare secretary said. “They always had the skills, but lacked direction which we are giving them and the experiments have so been very successful.”

The new recruits will be paid a few hundred rupees for their work. In India, beggars are regularly seen singing popular Bollywood or folk songs in crowded trains and buses to solicit money.

“Some can dance very well, and we hope our training programme will help them earn a living,” Prakash said.

If the project is successful, officials plan to recruit beggars to promote awareness of diseases like polio and malaria.