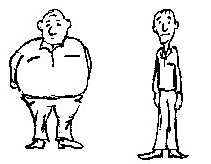 Who does not want to be blesses with a slender and tall frame. All of us for sure would want to be proud owners of a fantastic hour glass figure and a nice height. But what most of us do not know is that the mothers influence the weight of their children, while fathers tend to determine their height. 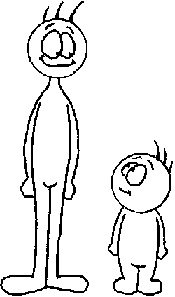 In a recently conducted study, researchers concentrated on the genetic and environmental influences on the growth of fetuses and young children in 1999. They studied the genetic make-up of fathers in their study of 1,000 families.

About 1,150 children were measured at birth, and again at 12 weeks, a year and two years. Height, weight and head circumference were recorded. Blood readings were also collected from the children’s umbilical cords.

Initial results show that taller fathers produce longer babies at birth. However, when it came to body fat, the experts from the Royal Devon and Exeter Hospital and the Peninsula Medical School found that the mother’s body mass index, or BMI, was the main determinant.

But we have confirmed that a father’s height also has a definite impact on their baby’s growth, with taller fathers having longer and heavier babies,” said research midwife Dr Beatrice Knight to the Daily Mail.

“Our study is quite unusual in that both parents are included, not just the mothers, and one of the main aspects of our research is how fathers can influence the growth of their babies,” she continued.

According to Dr Knight, data on fathers was essential to conclude the genetic influences on babies’ growth.

“Despite the initial reluctance of many fathers to have blood taken we have managed to obtain a vast amount of quality information from the men, for which we are most grateful,” she said.