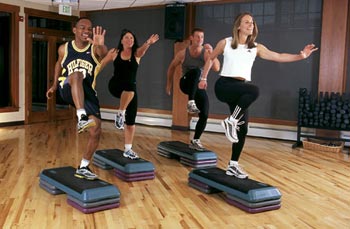 A study conducted at the University of Illinois-Urbana reveals that exercise and aerobics can help undo the brain shrinkage that begins around age 40.

The researchers at the University said patients who engaged in three or more hours of aerobic exercise weekly experienced increases in their brains’ volume of gray and white matter, reported The Wall Street Journal on Thursday.

The team studied 59 adults, age 60 to 79, in three groups: one group that received aerobic training, one that engaged in non-aerobic stretching-and-toning training and a group that did not exercise at all.

The non-aerobic exercise group and the group that did not exercise did not experience any change in their brains, but “the aerobic group showed a substantial increase in brain volume,” Illinois’ Arthur Kramer told The Journal.

“After only three months,” Kramer said, “the people who exercised had the brain volumes of people three years younger.”

Kramer said the subjects who exercised aerobics had better working memories, better abilities to switch between mental tasks and were more skilled at screening out distractions than those who did not exercise.