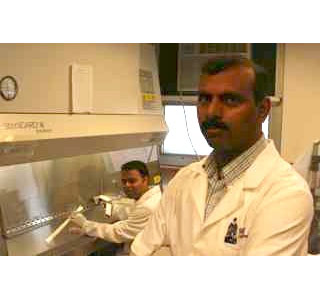 Clusterin we saw in the past to be associated with progression and severity of Alzheimer’s. Experts from the South Dakota State University apparently found a novel mitochondrial protein that interacts with a protein known to play a role in Alzheimer’s disease. The discovery may further bring researchers closer to the treatment of the disease.

In 2009 approximately 5.5 million Americans were claimed to be suffering with Alzheimer’s. This figure is further anticipated to boost to almost 16 million by 2050. At present there is no cure available for this ailment.

Hemachand Tummala in SDSU’s Department of Pharmaceutical Sciences is the lead author and assistant professor quoted, “In Alzheimer’s disease, there is a protein involved called APP, amyloid precursor protein. If this protein is mutated, it causes early onset Alzheimer’s disease. We don’t know exactly what this protein does. One thing is very well documented in Alzheimer’s disease, mitochondria in a cell are damaged. They lose their function. This happens long before the appearance of symptoms. So there is a theory that mitochondria play a big role in the disease progression.”

The experts elucidated that mitochondria are membrane-enclosed structures in cells. These structures seem to produce energy for the cell and appear to be involved in processes like signaling, cell death, cell growth, and possibly aging. The body is possibly able to carry out functions like hearing, seeing, moving, remembering information and learning new things due to neurons that are claimed to be special cells in the brain.

The investigators affirmed, “Taken together, our data suggest that APP directly interacts with the neuron-specific mitochondrial protein NIPSNAP1, and may thereby regulate mitochondrial function in neurons.”

The neurons functioning in learning and memory may die in patients with Alzheimer’s disease. Hence, the symptoms of the ailment include memory loss and the other behavioral cognitive problems. The researchers noted that APP binds to the mitochondrial protein, NIPSNAP1. This protein which is particularly identified in neurons, seem to be involved in neuronal death in Alzheimer’s disease.

Tummala shared, “This is still at the preliminary stages. If everything goes well, if we establish the link, this may in the future become a new therapeutic target. Our hypothesis is that mitochondria are damaged long before the appearance of symptoms. If you could stop that mitochondrial damage, it may slow down neuronal death and halt the disease progression. But that would be far in the future, not now.”

Further investigation will be undertaken to understand the NIPSNAP1 in detail by employing mouse models.

The research is published in the June 2010 Vol. 31 in the European Journal of Neuroscience.