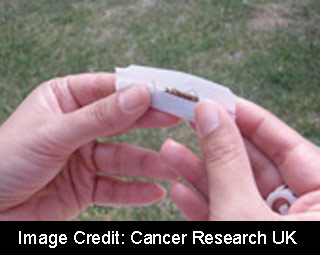 Cigarette smoking is injurious to health, irrespective of other factors. This claim has been further strengthened by a new report stating that roll-your-own cigarettes (RYO) may expose a smoker to the same amount of cancer-causing chemicals than manufactured cigarettes. The similarity between these different types of cigarettes was made by the experts from Cancer Research UK.

Apparently, in both RYO and manufactured cigarettes, not much difference was noticed in the levels of these chemicals. More so, this claim holds true even after taking certain factors like puffing behavior, age, nicotine exposure, etc. into consideration. What astounded the experts was that, irrespective of the smoked cigarette type, women seemed to have higher concentrations of these chemicals.

“Many smokers believe that RYO cigarettes are more ‘natural’ and therefore are less harmful than manufactured cigarettes. The current findings suggest that this is not the case,” says lead researcher Dr. Lion Shahab, from Cancer Research UK’s Health Behavior Research Centre based at UCL. “These findings also show that women in particular accumulate higher concentrations of cancer causing chemicals in their body whether they smoke RYO or manufactured cigarettes.”

More so, Cancer Research UK’s head of tobacco control, Elspeth Lee says, “These results further highlight that there’s no such thing as a safe cigarette. Hand rolled tobacco is more commonly used by people from lower socio-economic groups, and it is also in poorer communities that smoking rates are highest. It’s important that people know that using hand-rolled tobacco may be cheaper but is every bit as toxic as ready made cigarettes.”

Lee further adds that, “Half of all long term smokers will die from the addiction so it is important to continue working to reduce the impact that tobacco has on so many lives. Preventing children from starting smoking is vital. Putting tobacco out of sight in shops and getting rid of vending machines will all help to protect young people from the devastating influence of tobacco marketing. We’re calling on parliament to adopt these measures in the new Health Bill.”

Smokers often believe that smoking RTO may be lesser harmful than smoking manufactured cigarettes. However these findings seem to have suggested otherwise. Smoking may have many negative health effects on a person, irrespective of the type of cigarette smoked.

These observations have been presented in Addiction Biology.