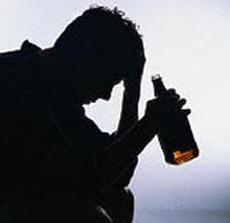 A new study has indicated that a single injection of a virus known as adenoviruses could help alcoholics give up the habit of drinking.

The researchers found that rats that were bred to crave alcohol were found to drink 50% less for over a month after being infected with engineered adenoviruses.

Many people in East Asia tend to react adversely to alcohol because of mutations in the gene for aldehyde dehydrogenase. But, these mutations also reduce the risk of giving into to alcoholism by two-thirds or more.

Aldehyde dehydrogenase is bloacked by the drug disulfiram, which is also known as Antabuse. It is sometimes used to help alcoholics kick the habit.

Amalia Spag, a researcher at the University of Chile in Santiago said, “But you have to take disulfiram everyday, so there is a big problem with compliance.”

Scientists have engineered adenoviruses to carry an “antisense” version of the aldehyde dehydrogenase gene that blocks the production of enzymes involved in alcohol metabolism. This helps to provide a longer-lasting effect.