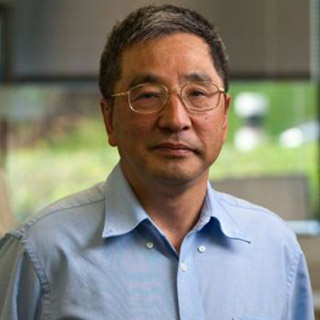 A previous study had suggested that a low carbohydrate diet may assist in ceasing the growth of prostate tumors. However, in contradictory to this study, a latest research seems to suggest that a diet rich in carbohydrates may control tumor formation in breast and prostate cancer.

According to this research, glycans which anchor cells into place may perhaps operate as tumor suppressors in breast and prostate cancers. Glycans are known to be specialized complex sugar molecules. This research was headed by scientists from Burnham Institute for Medical Research at Burnham and was led by Professor Minoru Fukuda.

Supposedly, these glycans play a vital role in cell adhesion in normal cells. Also, their decrease or loss seems to lead to an increased cell migration via invasive cancer cells and metastasis. It was believed an increase in expression of the enzyme which creates these glycans called as β3GnT1 have resulted in a considerable reduction in tumor activity.

The specialized glycans may perhaps be capable of binding to laminin. In addition, they appear to have been attached to the α-DG cell surface protein. This binding seems to facilitate adhesion between epithelial and basement membrane cells thereby stopping the cells from migration.

Scientists demonstrated that β3GnT1 apparently, manages the synthesis of laminin-binding glycans in concert with the genes LARGE/LARGE2. Down-regulation of β3GnT1 appears to decrease the number of glycans which could lead to better movement by invasive cancer cells.

However, when they forced destructive cancer cells to express β3GnT1, the laminin-binding glycans appear to have been re-established and also tumor formation seemed to have decreased.

“These results indicate that certain carbohydrates on normal cells and enzymes that synthesize those glycans, such as β3GnT1, function as tumor suppressors. Upregulation of β3GnT1 may become a novel way to treat cancer,” says Dr. Fukuda.

Further, scientists with the help of antibodies examined the expression of both α-DG and its associated glycans in both cells namely normal as well as cancerous cells.

The findings revealed that the quantity of α-DG appears to be the same in both cell types. However, the level of attached glycans seems to have reduced in the cancer cells. Additionally, the findings showed that prostate cancer cells which highly expressed the α-DG glycans were known to have produced smaller tumors.

Also, when the scientists knocked down β3GnT1 expression by RNA interference, the amount of glycans were noted to have been decreased even while LARGE was over expressed. Evidently, β3GnT1 expression by RNA interference reduces protein expression. The scientists established that β3GnT1 plays a key role in shaping laminin-binding glycans which are attached to α-DG. This laminin-binding in turn is noted to reduce cancer cell movement.

The findings claimed to have provided a novel understanding of the role that complex carbohydrates play in cancer. Also, it could lead to innovative directions in the development of therapeutics.

The research findings have been published in the journal Proceedings of the National Academy of Sciences.