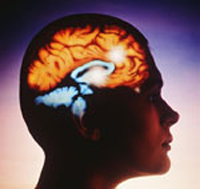 A new study says that people who have poor memory and react slowly, may face a higher risk of cardiovascular or respiratory disease. Beverly Shipley and researchers of Edinburgh University surveyed the mental agility of over 6,400 people aged between 18 and 99 from across Britain over the past two decades.

They found that differences in mental ability were a risk factor for certain vascular health conditions, reported the online edition of BBC news.

More than 1,500 members of the group had died by 2005, when the 21-year research ended, the report said.
It was found that longer reaction time was associated with higher death rates even after taking into account other factors linked with heart disease like physical activity, blood pressure, body mass index and smoking.

Shipley added that lower than average mental agility led to at least a 10 per cent greater chance of developing heart disease.
One of the surprising outcomes of the research was that both younger and older adults exhibited the same link between cognition and heart disease mortality.

A possible explanation was that human reaction time was an indicator of a body with better “system integrity”, meaning how well it is wired together.