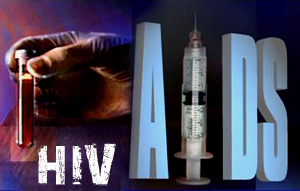 On Friday, a group of South Korean scientists stated that they are closer to understanding how a protein found in both primates and humans blocks the progression of the human immunodeficiency virus (HIV) in the apes.

The team, led by professor Oh Byung-Ha of Pohang University of Science and Technology, said the discovery would help scientists working to develop a cure for AIDS.

Its research paper was featured in the latest edition of a biology journal, Molecular Cell, university officials said.
Woo Jae-Sung, co-author of the paper; told AFP, “We have determined the structure of a key domain of a protein, paving the way for scientists to identify the cause of various diseases created by HIV and other viruses.”

There are drugs which reduce the speed of the advancement of AIDS however there are no cures. HIV/AIDS patients use expensive anti-retroviral drugs to lessen the side-effects.

“Scientists learned that TRIM5 helps fight HIV in 2004, but they failed to discover how the protein works against the virus,” Oh told the Korea Times.

Woo stated, “Our discovery paved the path for more research into identifying the structure and functions of TRIM5.”

TRIM5 is a protein found in the cells of both humans and most types of monkey. It is known to fend off various retrovirus infections in monkeys, and scientists are researching into the possibility if the human form of the protein can be modified so it has the same effect.

“We hope our research will lead to drugs or better therapy for other incurable viral diseases,” an optimistic Woo said.