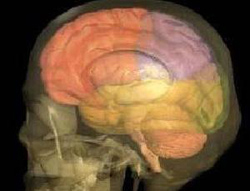 Speaking two languages in daily life could delay the onset of dementia, a disorder characterized by a general loss of intellectual abilities, says a new study.

Those who speak two languages put in extra effort than those speaking only one language. This extra effort apparently boosts blood supply to the brain and ensures that nerve connections remain healthy – two factors thought to help fight off dementia.

Ellen Bialystok and colleagues at York University in Toronto studied 184 elderly patients with signs of dementia. They attended a memory clinic between 2002 and 2005. Of them, 91 spoke only one language while 93 were bilingual.

The researchers determined that the mean age of the onset of dementia symptoms in the monolingual group was 71.4 years while in the bilingual group it was 75.5 years.

The onset of dementia could be delayed by up to four years in bilingual people as compared to people who speak only one language, the study said.

This difference remained even after considering the possible effect of cultural differences, immigration, formal education, employment and even gender in the results.